The cyberpunk worldview, which deals with the future, is different from modern and fantasy. Modern technology is a state-of-the-art weapon that you can't even imagine, and you can sweep enemies and make your body like a half-cyborg to transcend the limitations of the body.

Neon Blight is a barrage shooting adventure game that adds a dystopia to this attractive cyberpunk worldview. You can enjoy various activities such as performing various missions under the shiny neon lights or selling guns as the owner of the cancer market gun shop. The game that allowed you to enjoy two contents, which was able to enjoy dungeon exploration and store operations, was inadequate in the combination of the two content. Is Neon Blight a game that fully utilizes the perfect fusion of both sides and the charm of the cyberpunk world? 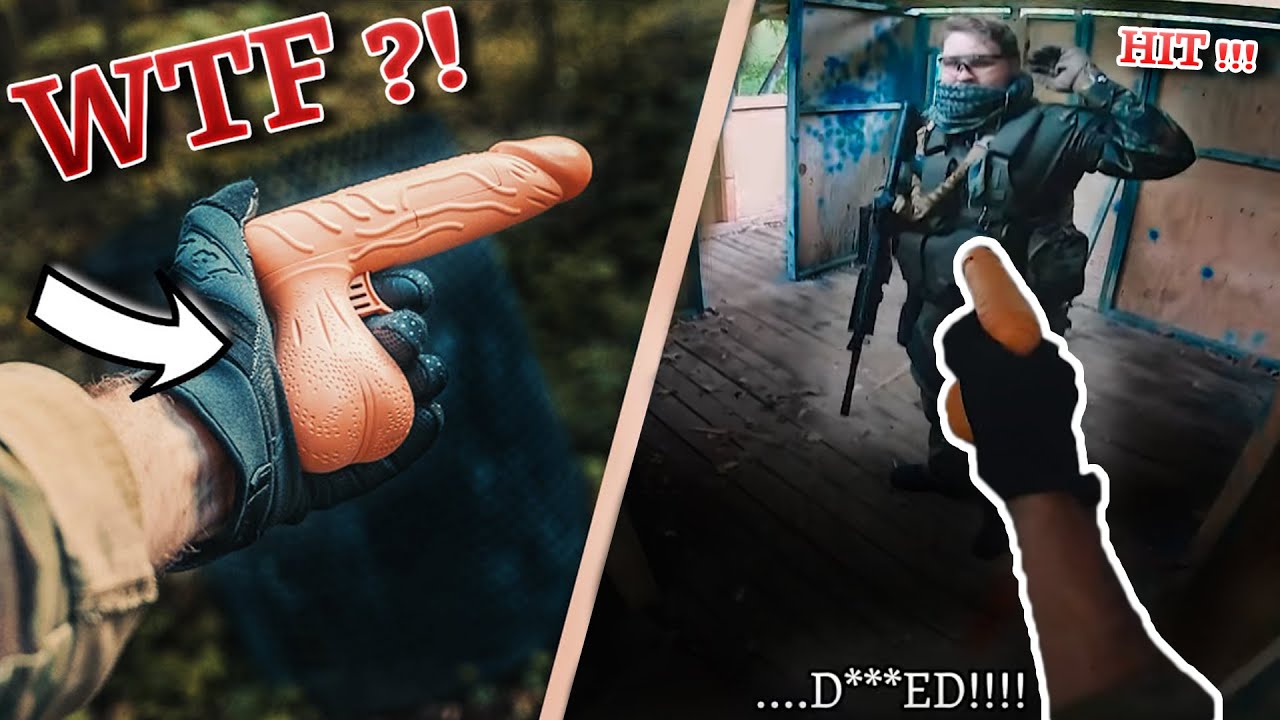 Before we talk about it, we will point out the play flow of Neon Blight. The player is the owner of the cancer market firearm shop and a member of the resistance that fights against the world's dominant companies. The main goal of the game is to get the ultimate weapon that a super-large company is looking for, so you have to walk around the field and find parts.

Therefore, the gameplay style is divided into two. One is a barrage shooting action that picks up the enemy and defeats the boss while defeating the enemy, and the other is a shops simulator who sells the guns from the field to the store, sells them to customers, and collects money. The store owner, the player, is similar to the Moonlight that enters the dungeon every night to get the goods in the store, but unlike the Moonlight, which forced the store operation and dungeon exploration in day and night, neon blight is systematically because it is an adventure genre. Do not force this.

First, let's take a look at the barrage shooting. The player can fly in the field at any time in the village, and on the contrary, he can return to the village by car from the field. The fields are divided into six zones, and each zone has a different topography and a monster level. To move to the next area, tolls must be paid, and the higher the region, the more money requires more money. There is no separate level up system in the game, so it is a regional level design.

The combat style of this game reminds us of the sound. If you played Ender the sound, such as the top view point of view, the way of avoiding the enemy's bullets, and the red enemy bullets, you can feel that you have referred to it. Overall, the speed of the enemy shot was constant and intuitive, so there was no inconvenience such as dizziness or distinction in avoiding bullets. As a barrage shooting game, it was faithful in the basic part.

The guns were quite diverse, including pistols, SMGs, shotguns, sniper guns, and grenades. There is no limit when using a gun, so if you have learned during play, you can use it freely to fight. However, except for the pistols provided by default, the remaining guns have ammunition, and if you consume all ammunition, the gun cannot be used. Therefore, the player must continue to catch an enemy, draw, or use the store to continue to obtain a better gun, and the guns that consumed all ammunition must be sold to the store to secure additional funds.

Limiting the number of weapons with bullets seems to be a trace of thinking in terms of the balance of the game. If there is no limit of ammunition of firearms, the difficulty of the game can be significantly reduced when you are lucky to get high-performance weapons at the beginning. The limited magazine emphasized the goal of getting a new gun all the time playing the game, which helped to build a sales process that constantly circulates in combination with the protagonist's situation as a gun shop owner.

Meanwhile, there were quite a few unfortunate shots and guns. First of all, the difficulty of the game is too easy to play a barrage shooting game. The biggest cause is that there are few types of enemies that appear and the pattern is too simple. The humanoids appearing in the early and early areas of the game steadily appear in the middle and middle and middle, and the pattern itself is similar, even though the appearance varies slightly in each region. In addition, there are several patterns, such as enemy that runs at a high speed and attacks close attacks, enemies that form a barrage in a wide area, and aims at laser, and fires bullets at a high speed, but I don't feel novel throughout the game.

The enemy's pattern is very simple, but if the player is nearby, it will come and shoot the gun and do not move until you get out of the range. If you use this point, you can get rid of your enemies, and you can easily get rid of them by shooting them around.

In particular, the performance of rolling is so good that it has become a factor that greatly reduces the difficulty of the game in conjunction with the simple patterns of the enemy. Rolling can continue to be used without a separate cooldown, while the invincible time and rolling distance were also observed. No matter how many enemies and barrages are sprayed, you can avoid all the attacks by just rolling a few times, so the battle itself comes very monotonously.

At the same time, the boss exhibition was well-complied with the fun of the lack of barrage shooting. There was a differentiated pattern for each boss, and it was not a opponent who could fight without thinking because it demanded more than just rolling patterns. Therefore, I had to prepare for a bleak, such as getting a high grade weapon and managing my physical strength in advance, and I could feel a sense of accomplishment after clear.

In the case of guns, the types were quite diverse, but each gun did not feel distinct. Except for shotguns and grenades, most guns had similar projectiles and firing methods, and they had to distinguish the performance of weapons at the speed of damage and firing. Eventually, the play style of the early and late and late and seconds was similar, so the shooting shot that was fun was inevitably boring. In the early stages, it would have been able to feel a moderately interesting barrage action in the second half if it had greatly reduced the probability of getting high-performance weapons and put a unique feature in a high grade weapon so that you could feel differentiated gun action.

It is also a pity that you can't feel the attractive setting of the cyberpunk worldview in the design and launch method of the gun. The worldview with superior technology than Hyundai is cyberpunk. Why should I shoot a double barrel shotgun and shoot a single pistol? At least small rail guns, sound waves launchers, and plasma cutters should be shot to be called cyberpunk.

Operation of shops in a slicing method

Next, let's take a look at Neon Blight's second core system, assuming operation. The player is the owner of a gun shop in the cancer market, and can be directly priced and sold to customers. The store is the most obvious means for players to make money.

However, the content of the store, which was quite important in the story of the game, was more poor than I thought. First of all, the store system was too poor, and no standards were provided strategically. In particular, this insignificant was revealed in the sales of goods, for example, even if the player raises a 150-cost 150, NPC does not buy an NPC that does not buy. At this time, if the price is measured high, the reactions of the NPCs appear, but there are no factors that affect the store.

There is no limit to sales, so it is sold indefinitely and it is quite easy to get a gun in the field. In general, the price of the quality of the quality sold on the field is about 300 ~ 800 won, so it is easy to infer how much it is worth 5,000 won. Since then, the gun has never been short of money throughout the game, and as mentioned earlier, the meaning of dividing the field's level design with money has been lost.

In addition, there was a warehouse expansion and automatic sales as a factor that could upgrade the store. On the contrary, the game was over until the game was finished before the store was upgraded.

There is a function of decorating the shops in the store, but there are not many types of decorations, and it is not possible to see any benefits functionally by decorating it. When I had no money in the second half, I was just bored and made a few times.

In the end, the title of a gun market owner of a developer made by developer seems to be just foolish. It's just money that players benefit from the use of the store, and there is no system that gives dramatic fun in conjunction with other systems in the game. It would be a success if it was to make the store simplify and reduce the stress from management and make it easier to use, but if you looked at it more than that, you would have to touch the store system as a whole.

I did not mention it above, but there were many things that I felt unfortunately in the neon blight. Considering the fact that it was a game made by indie developers, the interface was too crude, and there was a problem of overlapping certain fonts. Although it is a game that supports Korean language, it feels like a Google translator and applied it, so there was a mix of respect and half words.

The story shows the past and the present in the past, but it was difficult to sympathize with the main character's situation because there is no standard in the development method. What should the criminals who had been enemies in the past asked me to find a weapon? At the same time, it was not bad if you could understand the cyberpunk down story progression and various settings.

And most of all, the biggest problem with neon blight is bugs. Most of the criticism of Steam buyers has already complained about the inconvenience of bugs. To some extent, there is a quest to use the bed, and the game bounces as soon as you lie on the bed. In addition, there is a problem that is intermittently bouncing into a system error, and there is a problem with automatic storage, so if you play a few hours of your data, you can fly away in a moment.