Gran Turismo 7 Update including new cars and courses distributed from 15:00 on June 23

Sony Interactive Entertainment announced that it will update the latest real driving simulator series, Gran Turismo 7 , including new vehicles and courses on June 23, 2022.

In the update, the newly included cars include Ford 1932 Ford Roadster, Suzuki V6 Escudo Pikes Peak Special '98, and Suzuki Vision Gran Turismo. In addition, Watukins Glen International, which allows you to enjoy long courses and short courses as new courses, will be added.

In addition, an Extra Menu has been newly established to propose new car collections with various themes in the cafe. Finding and more than a certain collector-level players can receive rewards. A new course will also appear in the scapus.

Approximately 260 miles northwest of New York City, the United States is located almost in the center of New York, and is a historic road course in 1956 in a naturally rich hills.

The first half is a high-speed section where the middle and high-speed corner continues, and the second half is a technical layout with a continuous tight turn.

Among them, the section leading to the right corner Otaroop with the bank through the back straight from the back straight, and is the largest showcase of this course. From there, whether or not to bypass a technical section called boots is the difference between long course and short course. 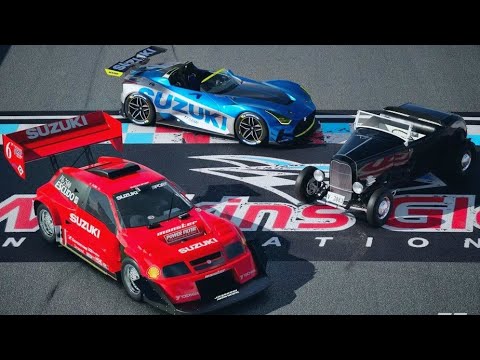 The following extra menu has been added to the cafe.