Marvel’s Spider-Man could be an exclusive Xbox

_ Marvel’s Spider-Man is one of PlayStation's greatest exclusive. Insomniac Games's work was a success, and was partly responsible for the acquisition of this study. However, the story could be very, very different, since at the time, Marvel considered allying Xbox instead of Sony to make his games .

In the book of the Ultimate History of Video Games Vol 2 by Steven L. Kent, Jay NGO, Executive Vice President and director of Marvel Games, mentions that after the launch of the game of the Amazing Spider-Man 2 in 2014, Marvel Games and Activision They decided to end their exclusivity relationship prematurely. In this way, Marvel's plans began to look for a company. At the time, NGO approached Xbox and PlayStation with the idea of creating a Spider-Man title that was exclusive to their respective platforms.

However, Xbox did not accept this proposal, since they decided to focus on their own series . As you know, PlayStation took this proposal, and began to create a new relationship with Marvel Games, and Insomniac Games were responsible for making this project a reality. This was what NGO commented on:

“I sat with these two PlayStation Third Party executives, Adam Boyes and John Drake, in August 2014, in a conference room in Burbank. 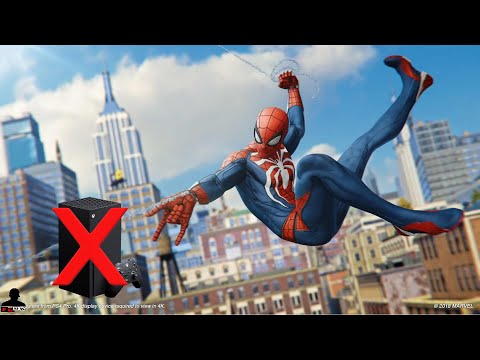 I said: ‘We dream that this is possible, that we can beat Arkham and have at least one game and maybe several games that could boost the adoption of its platform’ ”.

The rest, as they say, is history. Marvel’s Spider-Man_ managed to sell more than 20 million units in PlayStation 4 . Insomniac Games was bought by PlayStation, and currently this study is working on a sequel to this title, as well as a game starring Wolverine. A very interesting story about what it could be.

In related issues, a rumor indicates that Venom would be a playable character in marvel’s Spider-Man 2. Similarly, this is the complete list of future Spider-Man's films.

It is very interesting to see that Marvel Games could well create an exclusive relationship with Xbox. However, it is likely that the manager of marvel’s Spider-Man would not have been Insomniac Games, but one of the Xbox Game Studios. One can think about all possibilities, but at the end of the day the reality is that PlayStation made the right decision.